Boats in the rain, Phuket 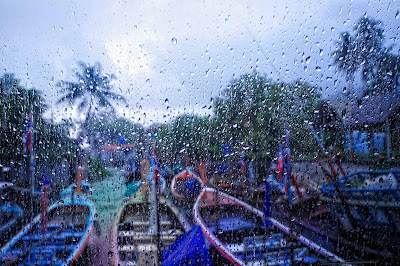 Rainclouds in Phuket were indecisive or perhaps, miserly with their rain. It would rain for five minutes, without as much as a warning and then stop. A little while later, it would rain again, for another five minutes. When it rained, I ran into the car and when it stopped I went out again and this process was repeated a few times. But I prefer this off-season, without too much of tourists. Tourists often get in the way of the scene with their excited yelpings, big hats and little point-and-shoot cameras.

Posted by Kamarul Shahrin at 1:37 AM