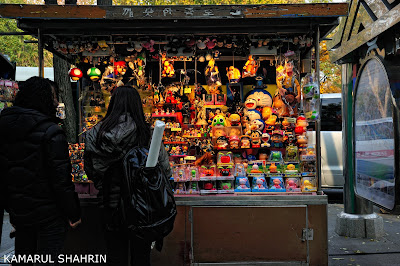 Nikon D3s f/9 ISO 200 c. November 2010
Shoot first, think later, was my strategy in South Korea (No pun intended for North Korea). Many times I have let wasted the opportunities to capture images, all because of my need to think of what needs to be done to the image later. There is the philosophy I had adopted earlier, the "so what?" concept. In my endeavour to bring meaning to my images, I have somehow neglected to enjoy photography as what it really is : to just shoot.

Posted by Kamarul Shahrin at 5:44 AM