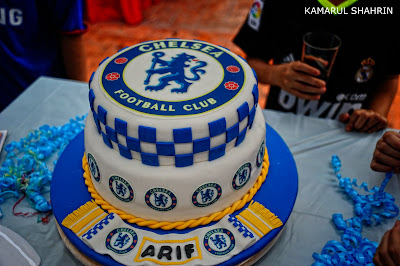 Nikon D3s f/5.6 ISO 250 c. February 2011
Reef's birthday cake on his 12th birthday depicting his favourite football club. When asked why he did not choose Liverpool or Manchester United, he simply said those were already taken by his uncles and brother. The cake was designed and made by his cousin, Azra of http://mysugarart.blogspot.com.

Posted by Kamarul Shahrin at 10:15 AM