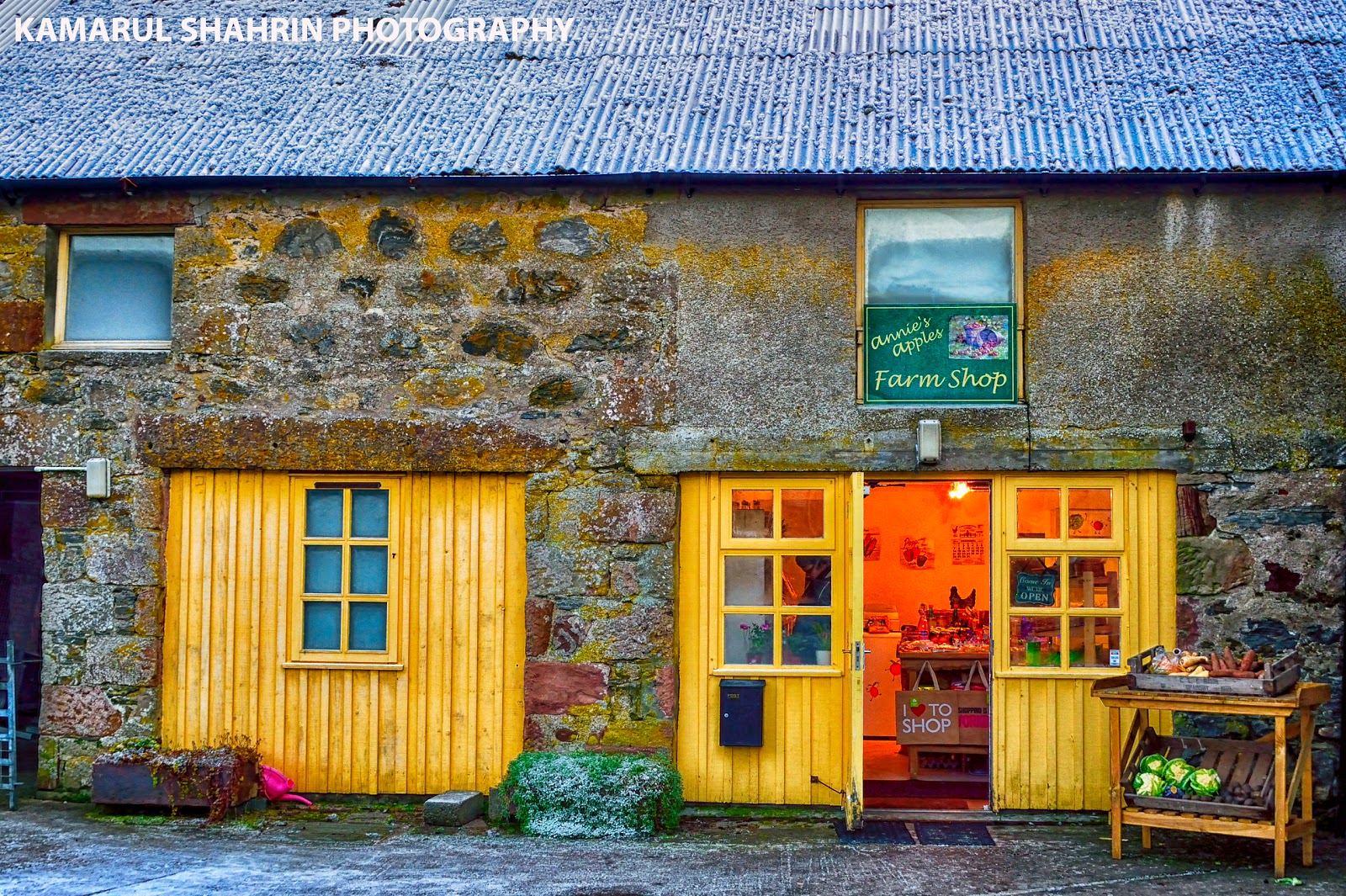 
I was curious about the farm shop, seeing its banner somewhere on the main road. I wanted to see the local farm produce. I had driven passed it and could not find it. Later, as I approached the main road, I finally noticed the shop and parked the vehicle at the car park. It was getting dark as I entered a square courtyard. Snow had settled on  the stone pavements and the roofs. I entered through the yellow wooden doors, passing by the green cabbages sitting outside, into a very small space that exhibited some bread, coffee, tea on a table. An old lady entered the shop and waited patiently as I browsed through the things. Taking an apple in one hand, I asked the old lady about the red apples if they came from the farm but she resignedly replied that they had been imported. And then I found them. Nescafe 3in1 which was not easy to find. We had run out of stock for those. I grabbed three packets and paid for them.
Posted by Kamarul Shahrin at 3:35 PM