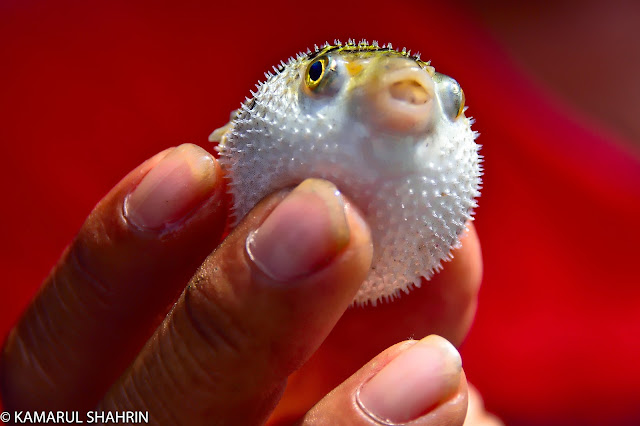 
The puffer fish has four defensive mechanisms to protect it from prey. One, it fills itself with air, subsequently making itself bigger, thus making it difficult to be swallowed. Two, it has this spiky and rubbery surface, again making it difficult to be swallowed. Three, it is poisonous. Four, it pretends to be dead. But for all these, it cannot overcome the biggest enemy. The Japanese.
Posted by Kamarul Shahrin at 12:38 PM