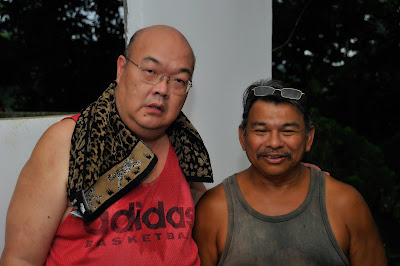 Keat was the cook and Sham was the assistant (and also the owner of the place). It never fails to amaze me that people would naturally lean towards each other as if the frame is not sufficiently spacious enough to allow more than two people. Such is the case here. Keat believes in having any image taken to be portrayed as is. I on the other hand, believes in portraying an image as I perceive it to be. It would depend on the circumstances then. Journalistic photography requires the pictures to be shown raw.

Posted by Kamarul Shahrin at 8:59 AM