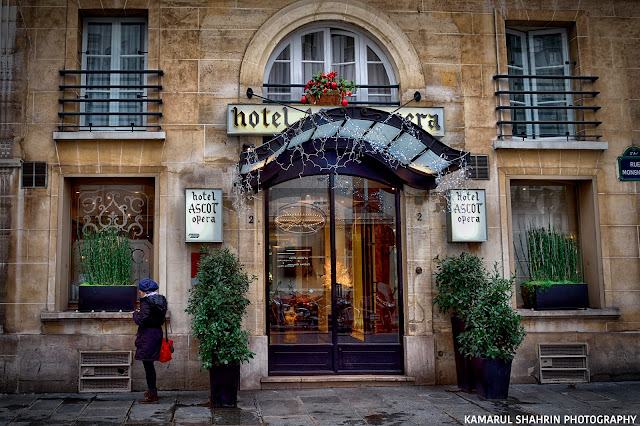 
While in Paris, we did not get to watch the opera but we did live in an opera house that had been converted into a hotel. That should amount to something, doesn't it? Conversations with the four but shifty-eyed concierge would mostly be conducted outside, in the cold, where smoking was allowed. It is a small hotel with small rooms but its windows open to the streets below and where it retains most of its old structure, such as the very old and solid wooden beams and pillars holding the walls together.
Posted by Kamarul Shahrin at 5:51 PM