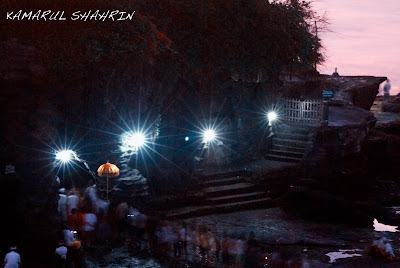 Nikon D200 30s c. May 2009
Dusk had almost settled in but still tourists lined up to enter the Pura. For whatever reason they had in mind, the Hindu priests when they built Puras over significant landforms, provided the preservation from opportunists who would have built hotels around them. That is something the people here have to think about, because tourists don't come for the hotels but for the historical structures and the unusual.

Posted by Kamarul Shahrin at 12:47 AM