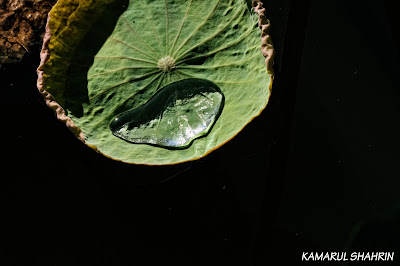 Nikon D300 f/14 Sigma 300mm c. June 2010
Previously I had modified the saturation level in the camera but in Taiping, I reverted to the default level after noticing that most shots had dense colours. This one came out fine. Moral of the story is, don't depend too much on what the camera's LCD screen is rendering as it is not as exact as what one can see on the Mac or PC.

Posted by Kamarul Shahrin at 10:59 AM